Joanna Baillie’s He Just Missed the Train imagines the thrill of speed experienced by Europe’s first rail passengers. Composed in connection with the Beethoven anniversary year of 2020, this work for music and video draws a line from the rhythms of the railroad to Texan boogie-woogie and a train-like passage from Beethoven’s piano sonata no. 32 – noting that the first German railway was opened five years after the composer’s death.

Trond Reinholdtsen’s Musik from 2012 is an attempt at a critical examination of the very foundations of the art form of music and its institutional coordinates. The premiere of Spätstil can be heard as an apocalyptic counterposition to the arguments and the proposed aesthetic of Musik, with the musicians lying helplessly and worn-out in a heap in a corner, propagating a semi-convincing ‘absolute music’, while the sound of metaphorical explosions are heard from afar. 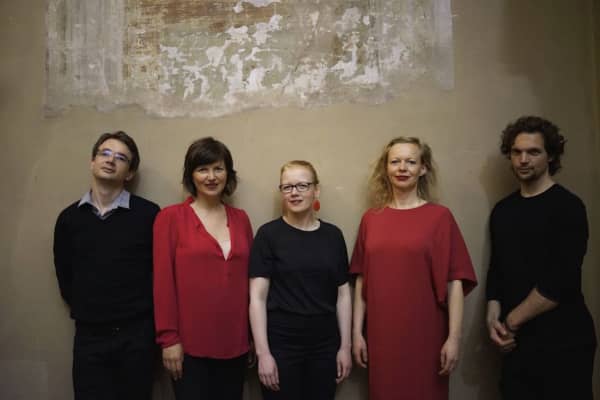